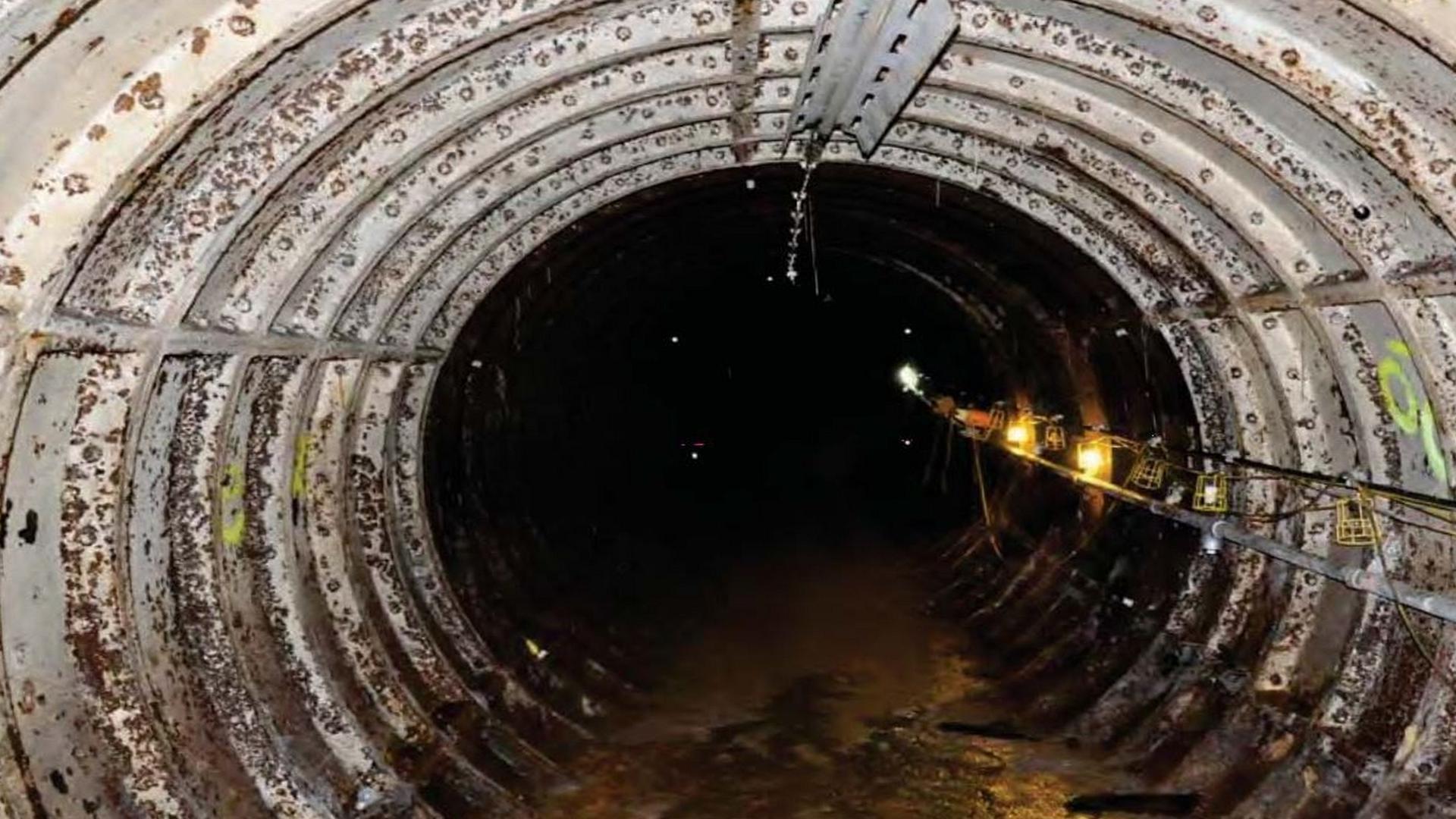 London's central railway station's had opened up huge swathes of land for development (and developers were inclined to build Tube stations nearby in order to 'sell'their land). In contrast, as cities like Birmingham and Manchester grew ever larger they developed networks of trams and bus services. The historic 'centres'of these cities are still the main transport hubs — but instead of a railway station there's often a major bus or tram interchange (Tramcentre, Birmingham; Deansgate Interchange, Manchester).

They didn't have the opportunity to build their rail stations at the edge of town where it would have been easier to grow thanks to its less-congested lines — they had to do what they could within the central area (thus, My City of London (mycityoflondon.co.uk). Central London has very few Tube lines as the core of the city is tiny geographically, and also diagonal to most parts of the city. As a result, most of London’s large railway stations are in the centre.

There are only three Tube lines that go south of the Thames: Jubilee (green), Victoria (purple) and Northern (black). Everything south of these 3 lines is a travel dead-zone (though there are a number of disused tunnels under Vauxhall which could in theory be brought back into use). Over time London grew outward to the north and west due to expansion caused by the city becoming more affluent, and the railways gave an incredible boost to this process.

The result was that when aerial photographs of London were first taken in 1910, they showed a fairly equal distribution of population between east and west, but central London clearly dominated the north and The opulent railway stations added even more weight to the north-south divide. For example Piccadilly in Manchester opens up a lot of potential markets that would otherwise be inaccessible to advertisers.  The number of stations in London also made it easier for advertisers to get their message across to a large audience.

London had 16 flagship Underground stations by 1915.  Map showing the central London rail network at this time, click here. Central London railway stations included Waterloo, Paddington, King's Cross, St. Pancras and Victoria. These huge stations had been constructed to accommodate people travelling nationwide or perhaps even further afield on the newly built railways. At only 16 miles from the very center of the city, its perfectly situated for easy access via the London Underground.

Back in the day, in the 80s, South London had pretty good tube connections. But as London expanded and more lines were built, tunnels couldn’t be created to many of the new destinations. That meant overground lines to cover these areas. In some cases this was a blessing with services like the Overground network, but in other cases it resulted in overcrowding with poor connectivity through having so many individual stations rather than one big hub station.

Though much has changed since then with nearby Charing Cross being closed (2018) and others suffering from service cuts. Beneath the streets of South London, a complex network of tunnels and viaducts have been slowly forming since the mid-19 th century. The first line opened in 1863 between London Bridge and Bermondsey. This was followed soon after by a line from Elephant & Castle to Tooting Junction now part of the Overground network. Fast forward to the present day, and this south London rail network has grown into one of the most expansive in Europe, with over 50 stations on 14 lines that cover 312km.

This was really the heart of this piece, I think — a comparison of two completely different methods for getting from point A to point B. One is a widely complex network of overlapping lines crossing through multiple boroughs, connecting Londoners to each other and to the rest of the rail network. The other is a series of very simple, direct lines that are somewhat less accessible to many parts of South London. In this post, I’ll briefly explain the history of South London’s tube and rail network, highlighting the strengths it once had.

I will also show that while many stations have gone, their remains are still in South London; at overground stations. I recently took a look at the Tube and its geography and way of building out of London.  I found that South London really sticks out as being both big and disconnected from the central part of the network. The network map above shows the vast overground (or National Rail) network that spreads out from South London a lot more than the Tube map does.

The plan for a masterplan was drawn up in 1936 by the Greater London Regional Planning Committee, part of the London County Council. The need to build new homes in London had been a contentious issue since before the First World War; and two Royal Commissions were appointed in 1908 and 1919 to look into it. In 1926, at the suggestion of Local Government Board President Herbert Fisher, Winston Churchill appointed [a third Royal Commission], chaired by the architect and planner Sir Hugh Trenchard.

They reported in 1927-1928 recommending that land should be found, bought or expropriated, for 50 new towns of between 10,000 and 75,000 people each. The Clerkenwell scheme has been developed by the creators of a similar scheme in East London, which was also set up following the failure of previous schemes to help regenerate that area. The aim of these projects is to use artistic and design disciplines to create an influx of new businesses, artists and residents to bring derelict buildings back into use and to reverse the decline in traditional professions such as manufacturing.

London provides an example of an urban habitat that was mainly shaped by the development of its public transport network particularly the London Underground (Tube) between 1890 and 1930. As a result, the city can be logically divided into nine concentric zones radiating out from central London as follows. The Thames river, which runs from west to east through the heart of London, flows underneath a number of underground (tube) lines throughout London. Public transport is so important here, and this means that wherever you are in Central London, it's not too far to the underground station.

The Lay Of The Land

In the north, the ground above the rock was so hard that it had taken centuries for attempts at tunnelling to get anywhere. Attempts had taken place as far back as Roman times, and yet after nearly 2 millennium no tunnels were found even 30 m deep. On the other hand, in the south, after centuries of chalk extraction, wells were already reaching vertical depths of 150 m or more. These shafts provided good portals from which tunnelling could be started towards the heart of London.

The soft soil was to prove a problem in the early days of the tunnels in that during heavy rain it soon turned to liquid mud that caused serious problems within the tunnels. Workmen had to be disconnected from their work and brought back up for air every five minutes because their oxygen was being used up. In some places where there was a lot of clay, workers were not able to dig through it and this caused further problems as well as slowing down progress significantly.

In the south, the clay soil was perfect for the infancy of Tube tunnel burrowing. It is this fact that led to all out war with the London Clay. Those were hard days in southern tunnels. Nonetheless, while it took perhaps a decade longer to complete than would otherwise have been the case, using my gifted reservoir of hindsight vision, it can be seen that digging through the clay was the right decision. In and around London, there are two main soil types: chalk, and clay.

Up to a few years ago, it was not possible to bore deep tunnels through the chalk. This limited the first plans for the Underground to shallower lines using cut and cover techniques under city streets, and tunnels which would run only as far south as the clay deposits extended. While it was not possible to tunnel through this hard rock as it was in the north, the area in which the Bakerloo Line tunnels were built was methodically mined.

Huge amounts of the high clay content soil were removed and piled high along the tracks. These ellipse shaped mounds are still visible to this day. Regent Street is the oldest and most important street in the district and only a short walk from Oxford Circus which is the main transportation hub of London. It is among London's busiest shopping streets, with seven million visitors per week travelling on foot. Just note the sheer number of stations.